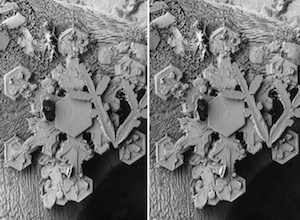 For the longest time I could not imagine how or why any poet would choose to write a paean to summer (or really any season for that matter). Indian summers are bristling, oppressive, and inconvenient and I’ve never found anything even vaguely poetic about them. Add to this the fact that for the last ten years I’ve experienced the four seasons as gradations of heat—hot, hotter and hottest is how I would describe the triumvirate of winter, monsoon and summer.

So you can perhaps understand my awe at living in a place that has seasons with not only clear-cut boundaries but also seasons that span the scale from 100 to 0 degrees Fahrenheit. This past year I’ve seen the trees around me bloom to life and then slowly wither away to stark bareness. It’s fascinating how life in all its forms adapts itself, or rather has to adapt itself to nature’s rhythm.

As winter slowly started poking its head out I found myself wanting to read more winter themed books. Adam Gopnik’s Winter appealed to me particularly. The subtitle is “Five Windows on The Season” and that’s exactly what it is—five essays on the season of Winter. I’ve finished just the first one so far and find myself enchanted with both Gopnik’s musings as well as his writing.

The first essay called “Romantic Winter” traces the very evolution of winter in our collective imagination for as Gopnik says:

We see and hear and sense in winter emotional tones and overtones that our great-great-grandfathers and grandmothers did not.

The romance of winter is possible only when we have a warm, secure indoors to retreat to, and winter becomes a season to look at as much as to live through.

I love how Gopnik takes something as routine as a season and gives it layers that provoke thoughts. For instance, winter in the early 19th century became “a form of national self-assertion” by the Germans (and also the Russians) in the face of a little French aggression called Napoleon Bonaparte. He gives examples of how winter is “potently labile,” and has the capacity to allow both the “sublime” and the “picturesque” to bloom from its folds.

He goes on to talk about the subtle influence of the “Japanese aesthetic” with its sophisticated sensibility of a “stylish winter and stylish snow” on the musicians and artists from Europe in the late 19th century and that immediately put in mind the New Yorks and the Londons of today’s world with their Christmas décor and grand window displays. And that in turn made me think of history’s influence through time—of how subtle influences 150 years ago trickle down through time to become a cultural mainstay.

I thoroughly enjoyed his final analysis on how the progress in science and its demystification of “the vast, scary iceberg [that became] a sort of image of the über-soul, in the same period the tiny, sweet snowflake [came] to represent distinctiveness of the human personality” has not in any way taken away from the wonder and refuge that we humans continue to find in nature:

The nine-tenths of the iceberg sunk beneath the water simply follows a natural rule of physics and is not a peculiarity of glaciology. . . . Snowflakes, it seems, are not only alike, they usually start out more or less the same. It turns out that, while it’s true that snowflakes often start out alike, it is their descent from the clouds into the world that makes them alter. (“As a snowflake falls, it tumbles through many different environments. So the snowflake that you see on the ground is deeply affected by the different temperatures, humidities, velocities, turbulences, etc., that it has experienced on the way,” Australian science writer Karl Kruszelnicki writes.) Their different shapes are all owed to their different paths downwards. So snowflakes actually start off all alike; it is experience that makes each one just different enough to be noticed.

In a way, the passage from “Snowflake” Bentley to the new snowflake is typical of the way our vision of nature has changed over the past century . . . Romantics generally, believed in the one fixed and telling image. We later moderns believe in truths revealed over time—not what animals or snowflakes or icebergs really are, mystically fixed, but how they have altered to become what they are. . . . The sign at Starbucks should read “Friends Are Like Snowflakes: More Different and Beautiful Each Time You Cross Their Path in Our Common Descent.” [rather than saying, “Friends Are Like Snowflakes: Beautiful and Different] For the final truth about snowflakes is that they become more individual as they fall; that buffeted by wind and time, they are translated, as if by magic, into ever stranger and more complex patterns, until at last they touch the earth. Then, like us, they melt.